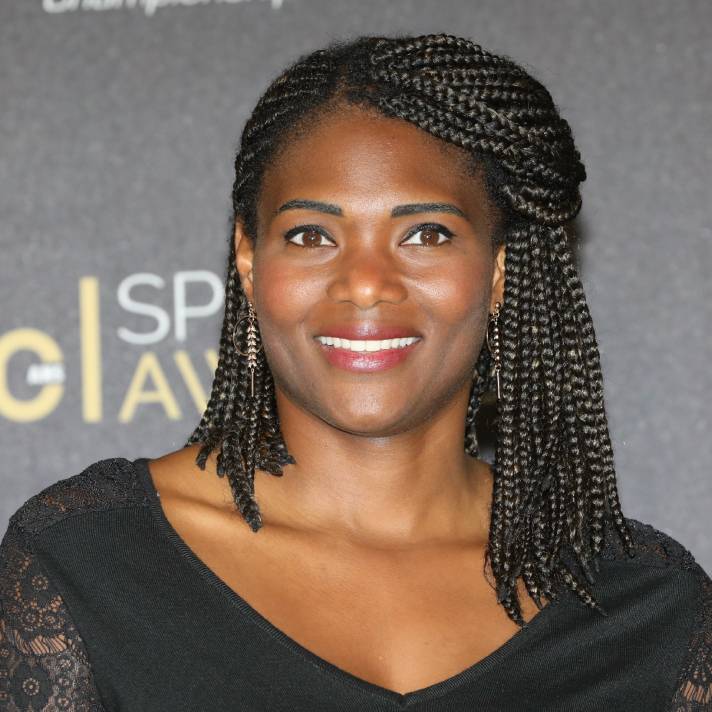 Muriel Hurtis is a French sprint specialist. World champion in the 4 × 100 metres relay in 2003, she holds the France record for the 4 × 100 m with Christine Arron, Patricia Girard and Sylviane Félix in 41 s 78. She is a member of GIFA (Groupement des Internationaux Français d'Athlétisme).

From Guadeloupean parents, Muriel Hurtis was born on March 25, 1979 in Bondy. She discovered athletics in Seine-Saint-Denis and became the UNSS French champion over 150 m. She then joined the Racing Club de France. In 1998, Muriel became world champion in the 200 m and vice-world champion with the 4 × 100 m relay at the World Junior Championships in Annecy. The following year, in 1999, she won the French record in the 200m indoor (22:84) and left the Racing club de France. In August 1999 in Seville at the World Championships she achieved 22 s 31 in the 200 m and participated in the 4 × 100 meters relay which obtained the silver medal.

Samir Aït Saïd is a French gymnast of Algerian origin, born November 1st, 1989 in Champigny-sur-Marne. On still rings, he is European Champion in 2013 and Bronze Medalist at the World Championships in 2019.

Since joining Peace and Sport, Samir Aït Saïd has participated in the International Peace and Sport Forum in 2017 and 2019. Each year, he participates in the global mobilization around April 6, International Day of Sport for Development and Peace, by raising his #Whitecard, symbol of the movement for peace through sport, and by encouraging other athletes to support the movement.

Samir's journey is an exceptional journey which underlines the transformative power of sport and its structuring values. After his terrible injury at the Olympic Games in Rio in 2016, Samir showed he has high morale, and he has redoubled his efforts to achieve his Olympic dream. Samir is a symbol of perseverance and discipline for athletes as well as a source of inspiration for young people.

By bearing the flag of the French team at the Tokyo 2020 Games, Samir became the first athlete in his discipline, gymnastics, to bear the flag. 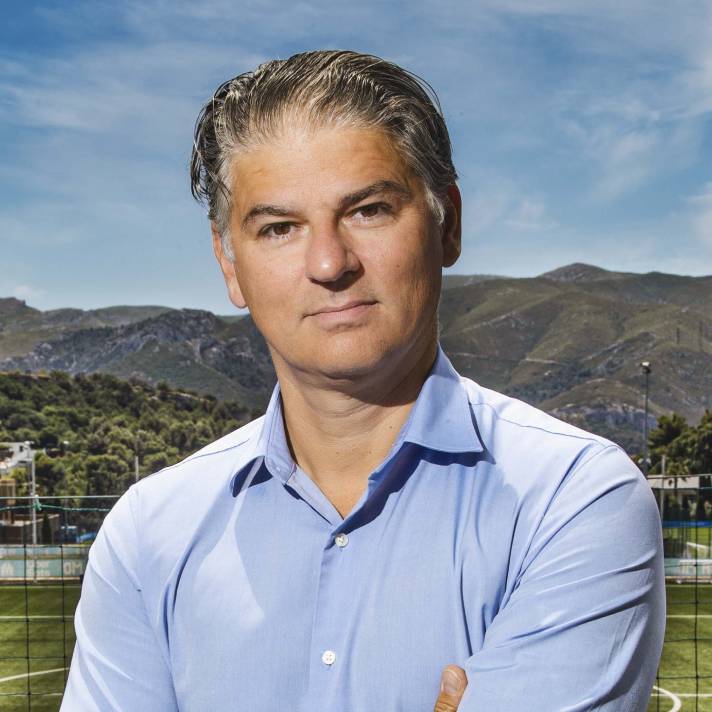 Jacques Cardoze is a French journalist and communication director born September 14, 1969 in Bordeaux. He now works at the Olympique de Marseille, as the club's communications director.

Jacques trained and studied at the Paris Opera School and graduated from the National Conservatory of Paris in history of music and dance. He was a professional dancer for a few years, notably at the French Ballet in Nancy, directed by Patrick Dupond.

He then followed as a trainee at Radio France. He began in the profession as a reporter for the sports department of France Inter in 1992. In 1994, he joined France Télévisions where he participated in the creation of the “Journal des sports” for France 3, which then became “Tout le sport”.

In 1995, he became a reporter for the France service of France 2. He was then a correspondent in Marseille. For “Envoyé special”, he produced about twenty reports. He also collaborated for other programs of the channel, “Complément d'enquête” and “Un œil sur la planète”, then joined the investigations and reports service as a senior reporter. He was special correspondent in China, United-States, England, Italy and Lebanon. At the same time, it was often used as a joker for “Télématin” newscast from 2007 to 2009.

From 2013 to 2018, he was the correspondent for France Télévisions in the United-States, and head of the France 2 office in Washington. In June 2018, he replaced Thomas Sotto as head of “Complément enquête”, of which he also became editor-in-chief.

In June 2021, he became director of communication for Olympique de Marseille, his favorite football club. 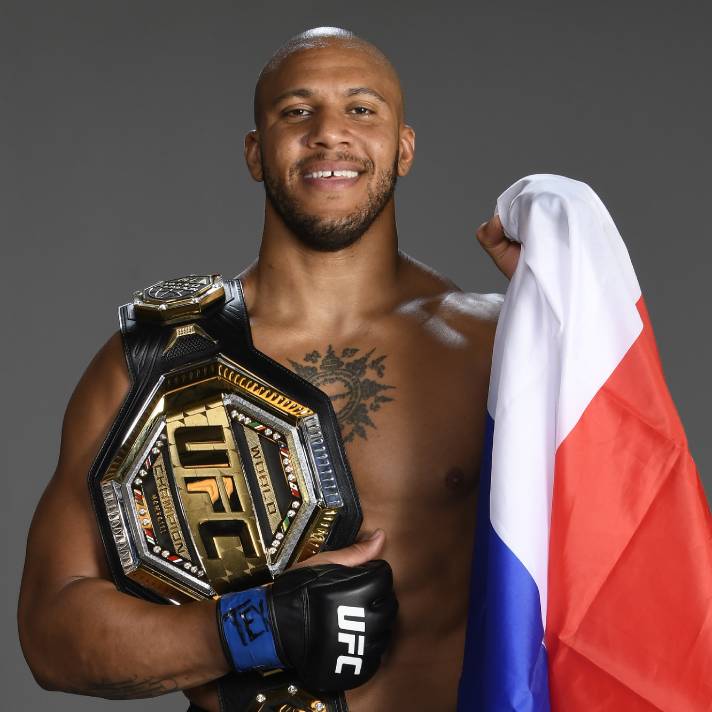 Born in La Roche-Sur-Yon in Vendée, Ciryl GANE completed his education in his hometown then continued higher education in Paris.

Ciryl GANE first turned towards team sports, football and became passionate about basketball, however the chance of life and encounters led him to be convinced to try his hand at combat sports. He discovered to be seduced and gifted for Muay Thai, in 2016 he became a professional fighter and beat by KO the champions of the discipline one after the other without the slightest defeat.

His lucky star and his lively and curious state of mind once again lead him to learn about new things: Ciryl GANE meets Fernand LOPEZ who offers him a crazy adventure such as exists only in the best films. The iconic coach suggests him a sports transition to MMA and predicts a future at the top of the UFC heavyweight class. Only one year after his pro MMA debut, "Bon Gamin" joined the UFC and became the new pugilistic curiosity, from a promising prospect, he became champion in 3 years and 7 fights, still undefeated to this day...

Because of his kindness, his generosity, and in view of his extraordinary technical performances in the heavyweight category, for the next decade, it is a safe bet that “Bon Gamin” will win the hearts of the French people and continue to build an international build. 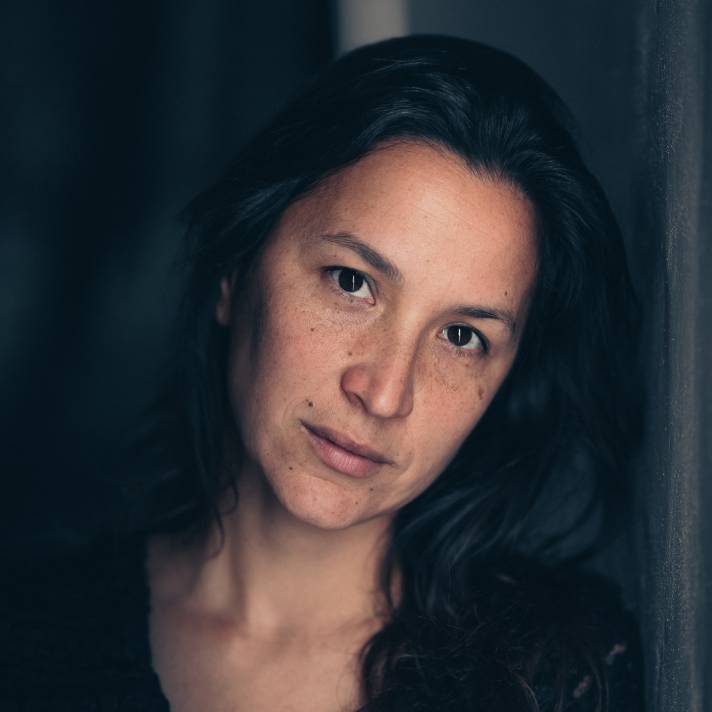 Julie Gautier is a French freediver, director, model and dancer who was born and raised on Reunion Island. Her father was an underwater hunter and opened the doors to this activity for her at the age of eleven. This will indirectly lead her to discover freediving as a sport around the age of 18.

Freediving will bring her to competition, with a first participation in the world championship in Nice in 2000 and two consecutive French records in 2006 and 2007. She is France record holder with a depth of sixty-five meters in 2006 and sixty-eight meters in 2007 in constant weight, which consists of diving along a cable without touching it. According to an article in Paris Match magazine from 2009, she is "one of the ten best freedivers on the planet sea".

At the same time, Julie uses her skills as an underwater model, notably in 2005 in the continuation of the multimedia project “Ashes & Snow” by artist Gregory Colbert who takes her to the four corners of the world to dance under the sea with the most majestic but endangered animals. It was during this experience that she met the cinematographer Jacques Ballard who would later become a friend and an important technical support in her career as a director.

She met the freediving champion Guillaume Néry in 2000 and he would become her companion in 2006. They later created the audiovisual production company Les Films Engloutis.

More recently, apart from personal achievements, she wears a double hat on the film by Garth Davis “Mary Magdalene” (2018) in which she directs all the underwater shots and also plays the understudy for lead actress Rooney Mara.

Again behind the camera, Julie captured around the world the images for the biopic titled “One Breath”, on Russian freediver Natalia Molchanova, which was release in 2019.

The same year a documentary soberly titled “Julie” is released, taking a closer look at her career, life and projects.

Back together professionally, Julie and her companion Guillaume Néry offer to the world on February 1st, 2019, a new film, “One Breath Around The World”, an underwater epic journey around the planet and its oceans, with up to 10 million viewers to date.

One of the specifics of Julie's directing work is the fact that she herself is in apnea when she is behind the camera. 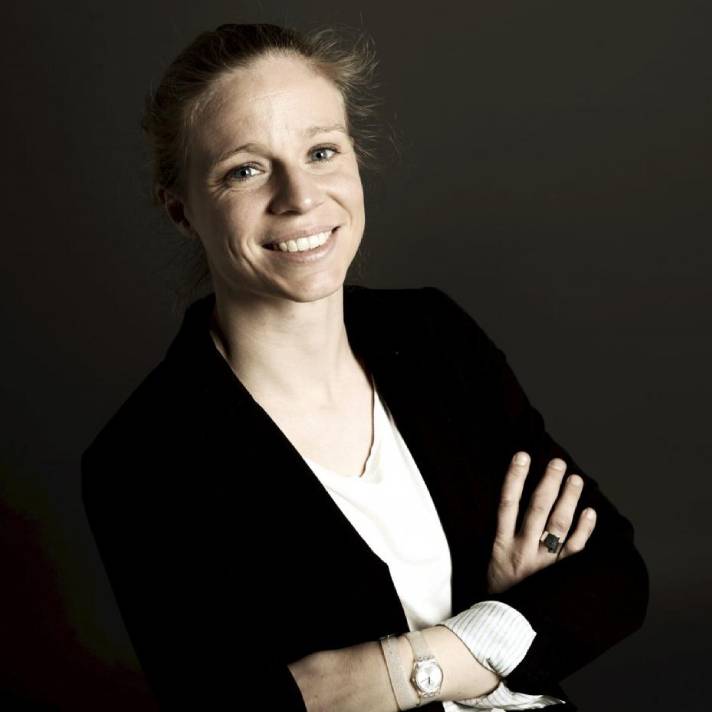 Former world number 2, her record is marked by more than 30 international medals. Gold medalist in the World Cup, she is also Olympic, World and European vice-champion and Champion of France.

Alongside her Olympian career, Astrid is an engineer specializing in aerospace and deals in particular with the European rocket Ariane. She is the author of a collection of youth albums "Les Incroyables Rencontres de Jo" around the values of sport and its great champions. 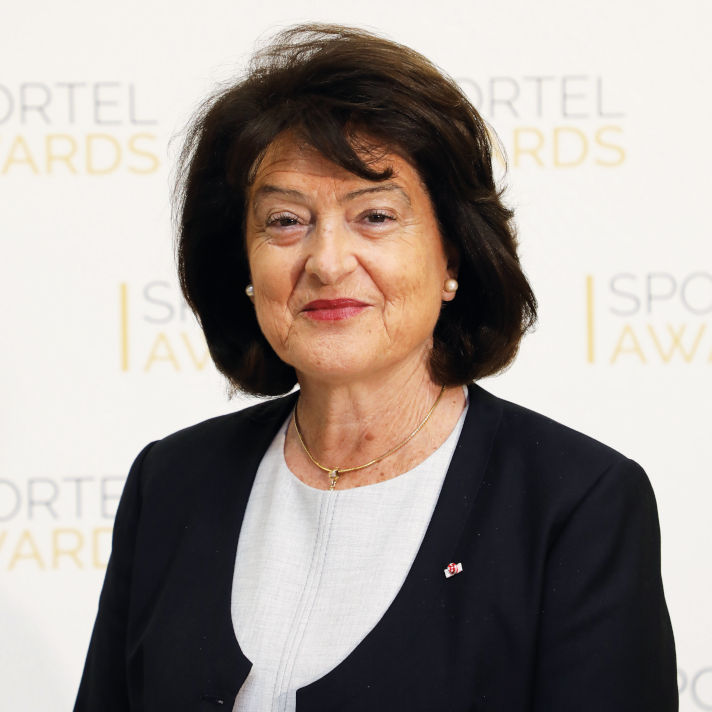 Commissioner-General of the National Education, Youth and Sports Ministry from 1993 to 2009. Ambassador Extraordinary and Plenipotentiary, permanently delegated by the Principality of Monaco under UNESCO in Paris since January 2010. 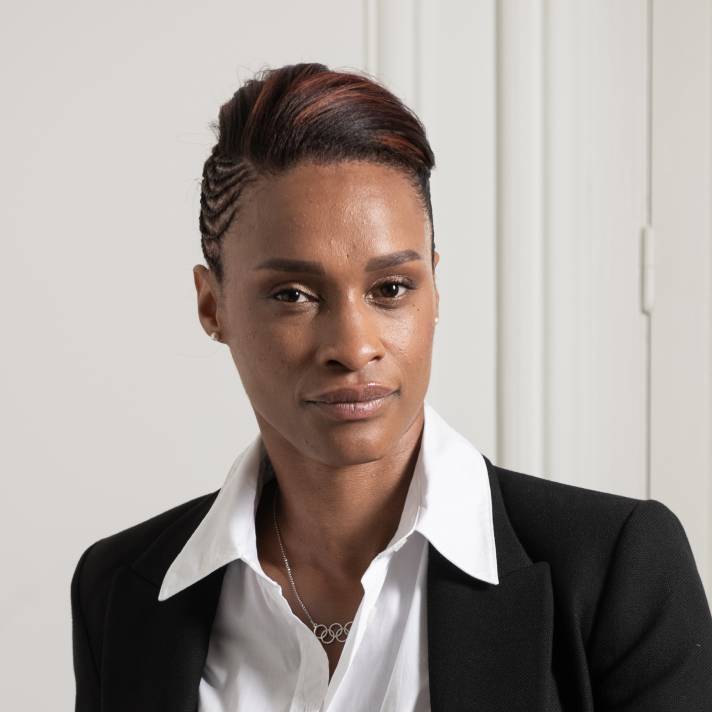 Born in Chartres in 1989, for a woman who was gifted in all sports, her encounter with handball took place by pure coincidence in a leisure center. A happy coincidence, knowing that Allison became the face of French women's handball, being to date the only Frenchwoman to have been crowned the best player in the world. She holds a track record as prolific in club as in the French team: being European and World Champion, and since August 8th, Olympic champion!